Recovery – I am ready.

Today, was another day in the life of restriction. Well it was. Until it turned out to be hopefully the biggest turning point in nearly 4 years.

I binged last night. Then before bed I poured apple juice over the food to put me off scavenging for it when I was half awake this morning, and tipped the lot in a bin bag.

Breakfast was a banana. Lunch was a low fat yoghurt. And I had a cereal bar in the afternoon.

About 6pmish. I was hungry. I felt weak. I felt incredibly moody and miserable and found myself taking it out on my boyfriend. I couldn’t concentrate at all despite the fact I had an exam the day after tomorrow. The eating disorder was devouring my mind. Again. But fuck, dinner isn’t for over an hour. I need energy because I want to pass my exams; I wan’t my degree to mean something.

Don’t be sad, said my boyfriend on Skype. I told him the dilemma – if I eat I feel fat. If I starve I cannot concentrate. I stared as the sun painted and glorified my filthy student-filled street. I listened to the noises that seeped in through the open window. I looked out, simply so that I wouldn’t be swallowed by myself.

I rang my mum.

We agreed, exams are a priority. They’re over a week today. Eat some quiche and start again tomorrow at 1200… but eat more regularly.

I went to get the quiche. See, quiche is a forbidden food for me. But I had forgot to chuck it out last night as part of the remains of my binge.

Half a quiche and grapes. It was divine. Oh my goodness. I could feel every single cell in my body flood with relief as the hunger drew to an end. The utter despair and hopelessness, the utter dread and angst, it drained from me. I cannot describe. My mood lifted, my energy returned, my concentration resumed (somewhat – revision is never truly enticing though). I felt alive again. I felt happy. I felt the colour paint itself across me as a smile etched into my cheeks. My eyes were seeing in a whole different light. Had I just had a desperately needed blood transfusion or been injected with morphine? I texted mum telling her I had no idea I was this hungry.  I don’t really recognise hunger anymore, but I recognised relief at filling my empty stomach. The cravings that I had been suffering with, the cravings to binge that had persisted all day, they vanished. I didn’t want chocolate, or cereal, or ice cream. Is this normality?? Are my cravings just the only signals that my desynchronised digestive system can provide?

I remind myself of when I was anorexic and would survive off 500 a day. I don’t know why I can’t do that anymore, but I can’t, and I think I am finally coming to terms with that. But you know what the best thing is? I don’t want to. Because I want to be healthy, not thin.

The relief that surged through my body – physical and mental – when I ate today taught me something. Something I have been waiting to learn for a long time. As long as I eat 1200 calories, I won’t beat the bulimia. Everyone has tried to tell me so, but it took myself to realise and I think today that happened. I felt a wall inside my mind collapse. So sudden, it went and I could see the solution so clear. Eat more! I felt like I had sunk deep into depression and hopelessness and despair, and closed my eyes in, only to open them again and find I had progressed along the sunlit, leafy road (recovery is a very, very beautiful road). I could jump for joy. I was leaving the shit hole that is ED.

I was on skype, and I asked my boyfriend, if I eat 1600 for the next week of exams and if that causes me to put on half a stone… He said he wouldn’t care. He said I should eat more than that but it’s up to me. He said he loves me. He said I don’t need to diet. That was when the final kick knocked the wall of calorie restriction to a heap of rubble. I rang mum and told her that for the exam week I’d be eating 1600. I went and bought some decent food for tomorrow so that I can actually be satiated.

What the fuck is happening?!

For almost 4 years I have been trying to eat around 1600 calories. My family and friends tried to make me, a dietician, a doctor. Then tonight? I realised it took me to believe in it for it to work. Tonight, I decided I should.

I’ll keep you posted. But tomorrow is the first day in a very long time I will eat 1600 willfully.

I am definitely on the road to recovery. 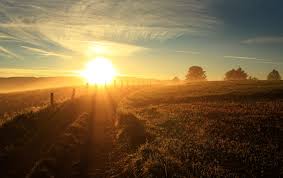 8 Responses to Recovery – I am ready.